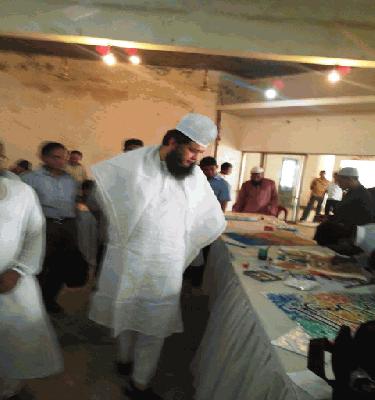 Students of primary and secondary schools and colleges and
universities took part in the completion in three groups.
Foundation Chairman and Maizbhandar Darbarsharif incumbent
Hazrat Shahsufi Maulana Syed Saifuddin Ahmed Al-Hassan Wal
Hossaini Maizbhandari inaugurated the completion, said a press
release.
Speaking on the occasion, he said calligraphy is the expression of the beauty of the holy name of Allah.
Such completions can resist the alliance culture, militancy
and terrorism. This would also encourage the new generation to
work in the path of peace shown in Islam, he added.
Maizbhandar Darbarsharif officials Alhaz Alamgir Khan Maizbhandari, Rashedul Hassan Ranju and Saifullah Safa were present at the function, among others.