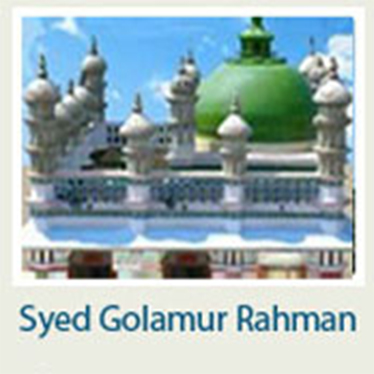 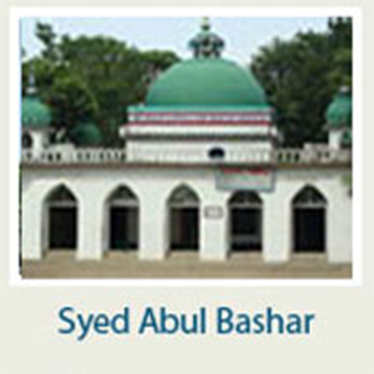 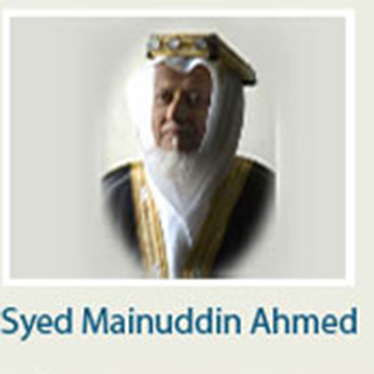 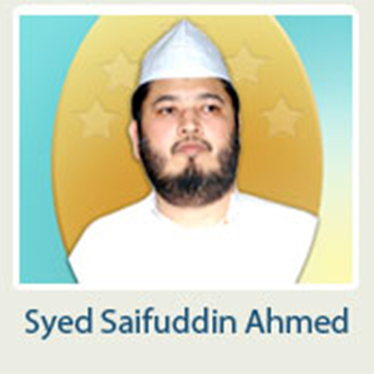 When the great Persian Conqueror Nadir Shah captured Delhi, the Mughal Emperor of India, Muhammad Shah, was brought before home as a prisoner. He treated the emperor (who was also a poet) very kindly, and asked him to recite some of his couplets. Muhammad Shah extemporized the following couples.

Shamat-I-Aamal-I-ma Chung Sural-I-Nadir girift
“Beware! Open your eyes and take a lesson from the Divine Providence, How our misdeeds have assumed a ‘Nadir’ figure (Wonderful figure)”

These powerful words opened the eyes of Nadir Shah. He was moved, and giving back the empire to Muhammad Shah, returned to Persia.

It is high time for us also to open our eyes like Nadir Shah to find out the real solution to attain sustainable peace in the world, where our misdeeds are leading us to destruction and inhumanity.

If we look at today’s trouble-torn globe, we shall see lust for power and wealth are the major factors for conflicts and it is the suppression of the weak by the powerful in most cases that gives birth to conflicts.

On the other hand, during the last decades, the leaders who, with sincerity and dedication, wanted to find a way to establish peace, could prove that sometimes spring (peace) can be created.

Actually these leaders have followed the path of great teachers who came among the human race whenever it fell into the abyss of ignorance and was involved in fighting.

It has been proved, time and again, that the dedication, sacrifice and true love for the creation could ensure peaceful solution to any conflict. Those who will take the responsibility to establish peace in any trouble-torn society must lose their self and use the lost “self’ in the real solution to end that particular conflict. It is action like a Sufi devotee who looks for the Creator in himself after losing the “self”.

Famous Sufi Khan Sahib Khaja Khan, who was known as Guzur-e-Elahi (the Washerman of God), wrote:

“Here you should lose your ‘self and search for the lost ‘self’ in existence.”

Those who believe in the Creator and love the Almighty should remain ever active t protect the wellbeing of mankind and the creation as a whole. Whenever the darkness of ignorance enfolded the mankind great teachers came among them as blessings. These great men carried the torch of light religion and philosophy to advance the cause of humanity and civilization. With the power of knowledge and dedicated soul for serving the creation, they are like sources of unending light to remove the darkness of ignorance.

Many a great man who had proved to be the catalysts in the advancement of human civilization had to sacrifice their lives at the altar of truth. These great teachers of mankind, most of whom were messengers of truth from the Creator, went through unbearable pain of oppression inflicted by those who were in the wrong path of destroying the harmony of the entire human race.

Holy Jesus Christ is one of the most glaring examples of such sacrifices. He did not even curse those who supposedly crucified him even though he could destroy the evil doers with the power bestowed on him by the Almighty. Rather, he prayed to God to forgive the non-believers for their misdeeds. This unique example of losing the ‘self’ for cause of bringing the derailed ones back on the right track had worked and will always work as encouragement for anyone working for peace.

In fact, no religion teaches mankind to fight and destroy the creation and force others to live in an anarchic situation. Islam, like other religions, strongly advocates for upholding peace. The very name of the religion “Islam’ meaning peace testifies that the last messenger of Allah, Propher Muhammad (SM), wanted to establish rule of peace on earth.

The companions of the Prophet (SM) who spent their days and nights together with him, grew into Sufis, teaching human beings how to know the Truth through loving the Creator and his creation.

Under the influence of great personality of the Prophet, they became the peaceful individuals who could rightly disseminate the message of Islam and establish peace in human society. But unfortunately now a days misinterpretation of religion by a group of fanatics has destroyed the true image of Islam. This distortion has led mankind to a deep confusion about the real essence of Islam. The dignity of the individuals has no significance to them. But the sacrifice of the greatest teachers teach us that discovery of one’s true human dignity enables one to see the dignity of others and respect their rights.

So, in our school of Maizbhandari order, we are trying to develop peaceful persons who will contribute devotedly to the development of his or her community and society.

Our order was established in this south Asian Nation of Bangladesh by Shah Sufi Moulana Syed Ahmadullah Al-Hassani Wal Hussaini, descendant of prophet Muhammad (SM). We, his disciples, show the human beings the way to discover the Huq, the truth, within and live in harmony and peace with themselves and with others. We believe that to know the domain of the Almighty one has rise above gender, race, class and other such aspects.

Shah Sufi Maulana Syed Golamur Rahman Al-Hasani Wal Hussaini, better known as Baba (Father) Bhandari, nephew of Moulana Syed Ahmadullah Al-Hassano Wal Hussaini, who worked as a dynamo in spreading our order, taught his disciples that one is not bound by custom, tradition, race, programmes is to educate and train the individuals to know their true personality and inner values through inward training, leading to healthier relationships among human beings. Our aim is to make friendship with those million across the world who are also involved in developing peaceful individuals who will act as the catalyst in ensuring sustainable global peace.

The Holy Quran says : “Allah is with those who patiently preserve.” The leading personalities of the world must show patience in the greater interest of the people of the world. They should allow a discount of their regional interests for the interest of all.

In the name of religion persecution prevail throughout the world which must be eradicated at any cost, Interference in others religious affairs must be checked. This is the declaration of God.

“Let there be no compulsion in religion.” Compulsion is incompatible with religion because religion depends upon faith and will and these would be meaningless if induced by force. Hence, We shall have to find out the religiously conflicting Zones of the world and to launch efforts to solve the problems.

Economic exploitation is one of the causes of disasters. It hampers peace and security seriously. We shall unitedly try to uplift the economic solvency of the people of the various suppressed Zones of the world by extending our hands of assistance and cooperation.

It is personality, not doctrine, that rules the world. there are innumerable instances of renowned leaders who contributed enough and are still contributing to peace, happiness, prosperity, security and well-being of the people of the world. They have to be followed as the Holy Quran says,”Obey Allah, Obey his Apostles and those who are charged with the authority to rule”

In establishing peace and security, we should work together. We shall have to sacrifice our lives for the cause of humanity. we shall follow the declaration of Almighty Allah, “Let there be arise out of you a band of people evolved for mankind”.